Interview with Sere Prince Halverson, author of The Underside of Joy

Seré Prince Halverson stopped by the blog for a chat! Her debut novel is one that I love (read my book review here)-- and about which the writing and reading communities are buzzing! See what the author of The Underside of Joy has to say about her book and the writing craft... 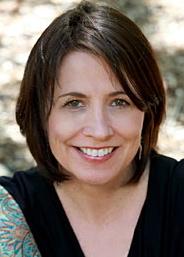 What I most enjoyed about The Underside of Joy is your poetic, incisive descriptions of people and places… What is your favorite aspect of your novel?

I think I’ll have to say the characters.  I really grew to love them over the years, and I think of them still.  They revealed themselves to me over time; I didn’t know most of their stories when I first met them, but I learned as I wrote.  They kept surprising me! At the same time, I am thrilled to know that you enjoyed the descriptions.  The language of a novel is important to me too. As for the places…I am lucky to live in Sonoma County, which has been granted way more than its fair share of natural beauty.  I think of the book as part love song to this area.

Your characters are vivid and the plot (and subplots) unique: how did the premise of the book and its characters come to you?

First, thank you. That is wonderful for a writer to hear.

It all started with a vision of a young woman in bed, curled up under a blanket, feeling she had once had everything she’d ever wanted and now had lost it all.  I didn’t know anything else about her so I wrote to find out what she’d lost and why.

There were other things floating around in my head at the time: Sleeper waves, the complex relationship between moms and stepmoms, women who leave their children, and a stop at an Italian market—these all collided one day and I wrote the opening pages of the book. And I kept writing.

The novel touches on a variety of significant issues like post-partum depression (a condition that affects one in eight new mothers), grieving, and internment camps.  How you handle them is very realistic.  How did you research these topics?

I spoke with people who had experienced post-partum depression and researched online and read several books.  A friend of mine told me about Italian internment.  I hadn’t known about it.  I just knew something was up with the Capozzis, but didn’t know exactly what until she casually mentioned it one day.  My mouth dropped open! I scrambled to the Internet and found very little information.  The book that was most helpful to me was Una Storia Segreta (The Secret Story) by Lawrence DiStassi. 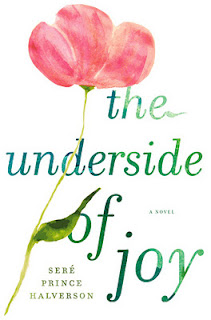 Your query was found in the “slush pile” and according to your agent, Elisabeth Weed, it was hard to resist-- she even labels it "pitch perfect!" How did you know when your query and manuscript were ready to be sent out?

I belong to a read and critique group with two other women.  They are both gifted writers, but one is also an attorney and the other a visual artist.  They seethings quite differently, which is really helpful to me.  And when both of them agree, I definitely take note!

I revised countless times. I love the revision process, but at some point, it’s time to let go.  For me, it’s a mixture of listening to feedback, addressing everything I think needs more attention (or less), and then going with my gut.

I also asked feedback on my query before I sent it out.  My background in copywriting probably didn’t hurt, but I spent time on getting that letter right.  Then, to be sure, I sent a small amount of queries as a test and got a good response. That test batch led me to Elisabeth, which turned out to be an incredibly lucky break for me.

I notice on your website that you are a fan of many talented writers (and a fellow admirer of John Steinbeck!)… Which of them have influenced your work the most?

That’s a tough question for me to answer.  I love so many writers.  Way back, when I started working on my first novel (which will remain unpublished!) I devoured the work of Barbara Kingsolver and Jane Hamilton, to name two of the many.  Steinbeck’s deep sense of place always resonated with me.  I can only hope that reading the writing of authors I admire has influenced my own writing in some way, but I would never compare myself to any of them—obviously!

I really appreciate your thoughtful questions. Thank you, Mariana!

Thank you, Seré! And congratulations on a beautiful debut!

To learn more about Seré, her novel, and the writing process, you can find her on Facebook, her blog, and her website.

Oops, you forgot something.

The words you entered did not match the given text. Please try again.